My apologies that this post isn't as timely as last year's. That happens when a blogger moves to NYC in an attempt to fulfill her dreams of working for a YA/children's publisher at the beginning of a new year! But don't worry, I'm back on the blogging wagon, just from a new location. 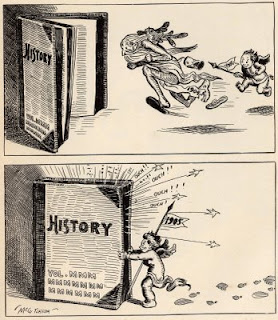 Best Books Published This Year
(in no particular order, reviews are linked*)

1. Insurgent: Sequel to Divergent (which made the Best Of list last year) in which war looms and Tris must embrace her divergent status and decide who to trust.

2. The Fault in Our Stars: The best book about cancer you will ever read, in which two teens embrace their dying and decide to live.

3. Such a Rush: All Leah wants to do is fly planes and get out of her trailer park life. But when the company she flies for is inherited by two cute teenage boys, her life gets messy. I really love author Jennifer Echols.

4. Bitterblue (companion to Graceling and Fire, which are amazing): 18-year old Bitterblue struggles to reigns over a country just ten years removed from the rule of her mad-man father.

5. Cinder: It's a cyborg Cinderella. What's not to love?

6. Every Day: A wakes up in a new body every day, never making an impact until one day, A falls in love.

7. Pandemonium: Sequel to Delirium, in which Leah has learnt love, and lost everything.

8. Crewel*: Adelice can weave the very fibers of reality, but must decide if it's worth controlling the world when you can't control your own life.

9. Goblin Secrets*: In a world in which acting is illegal for humans, Rownie takes up with a troupe of goblin actors in search for his brother.

10. Shadow and Bone*: With Darkness looming over her country, Alina discovers her hidden ability to summon light, and quickly becomes an unwitting pawn.

What books have you read that I missed? Books such as The Raven Boys, Reached, and Days of Blood and Starlight sit on my shelf, begging to be read, promising to be good (so many wonderful late releases this year!) Leave me a comment if you think I left a great book out.

*The unlinked books have been read, loved, and reviewed by me, they just haven't made it up on the blog yet. Reviews and links will soon follow!

Look for Emily's Best Books of 2012, Part 2 which will feature all the great books I read this year, not published in 2012. There were too many for one post!
Posted by Emily Ritter at 6:48 PM

Email ThisBlogThis!Share to TwitterShare to FacebookShare to Pinterest
Labels: Best Books of 2012